Michael David White writes about politics, economics, and history at The Right Track Magazine (now on Substack). His series at the Right Track on Climate Change received wide praise on the leading site devoted to the issue.

He edited HousingStory.net, from 2008 to 2012, analyzing property trends. That work first gained a wider audience when, on April Fool’s Day of 2008, in his third newsletter writing about business, and five months before the fall of Lehman Brothers, he predicted a financial crisis.

The author’s work has had over one million views. Business Insider carried all of his stories from Housingstory.net, including a popular recurring series of real estate charts. His work has been carried on or been cited by Bloomberg, CNBC, Huffington Post, Real Clear Energy, Real Clear Markets, Reuters and Yahoo.

America the Beautiful Bankrupt, the author’s first book, published in 2016, describes how Big Media led and won the moral and financial destruction of the United States. 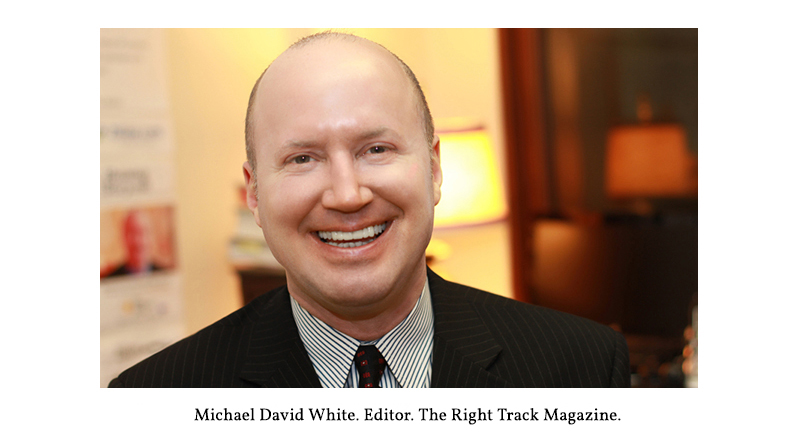 Reader praise for the author’s essay on climate change, The Frightening Rise of Dangerous Manmade Global Voguing, first published in America the Beautiful Bankrupt, and re-posted at Watts Up With That — the world’s most widely-read site on global warming:

“One of the best compilations (on climate change) …” David Weir