So much of America has been wrecked by the progressives. Look at some obvious perpetrators and victims.

Liberal Jews: Nobody has betrayed their country, their religion, and their family as have liberal Jews. They embrace progressive ideology. It aspires to give one person supreme power and to take that power and solve the problems of the world. They embrace the form of government which made Hitler and which will make a new Hitler.

Their actions speak loudly. They laugh out loud at the murder, by poison and fire, by bullets and bludgeons, and a thousand reasons, of their grandparents.

Liberal Jews have tried to wish away the Holocaust by joining the progressive religion. Their words and actions say: “Always again”. The goal of a good Jew is to repair the world. A progressive Jew breaks the world by clearing the way for progressive dictatorship. They do it in the name of the biggest lie in the English language: “Social justice.”

African Americans: No group has been defiled more completely than have African Americans under the progressive moral regime. The old American ideology allowed even the humblest persons a great possession, dignity, as they were both knowledgeable of themselves as God’s child and their work played its part in his plans.

In that old world, which the progressives have destroyed, children were the primary benefactors of a sacred vow of marriage, a holy matrimony, overseen by the love and demands of God.

Marriage gave the child a safe home. A place to see and feel and receive love so that he could go out into the world and give love to others. The love parents share is the primary education of all of us.

Under the new American ideology both rich and poor live far away from dignity. Sex has replaced love. Many children know nothing about love from their parents. They have not seen love and devotion between a man and a woman. They grow up with no idea of how to manage romantic love. Few will know love, romantic or otherwise, in any depth for their entire lives. Blacks need family, the only socialist institution that works, more than others. They have far less.

They have been deprived of the experience of love. Many will ruin their lives to make the world match the memory of their childhood experience. They will take drugs. They will commit crimes. They will go to prison. They will murder. They will commit suicide. Or, if they are like President Obama, they will pursue progressive revolution and the fundamental transformation of America into an evil all-powerful state. The anger born in a child from growing up in a broken family will work hard to find a way to destroy.

Births to unmarried mothers have more than doubled in the last 35 years. All children of unmarried mothers will have a difficult life. A life more difficult than an ordinary difficult life for a child raised by two loving parents; two loving parents who are married and live together under the same roof and see the care of children they conceived as the primary job of life. Our abandonment of children is the obvious proof of our moral bankruptcy. The progressive’s hatred of the traditional family is proof of their evil ignorance. (Please see the chart: “It’s Popular to Break the Future of Children. Percentage of Births to Unmarried Mothers.”.)

African Americans, and all Americans, have been graphically disempowered by progressivism. They have been tortured by its hellish destruction of religion, its demonic breaking of marriage, its pornographic lowering of sex. The American poor are now in servitude to the state. Their life is short, nasty, brutish.

Welfare benefits and crime and broken families and barbaric music and depraved language run the world of the poor. A life stripped of dignity is a sad pathetic shame. Walk through a poor black neighborhood. You will see a lost generation and their lost children and their lost grandchildren. Progressives have given hell on earth to the least of our brothers and sisters.

The media, desperate to avoid questions about their destruction of the black family, their sequestration of black youth into horrendous government schools, their quarantine of blacks in cities starved by progressive economics, their segregation of black males into jail; Big Media has covered this all up with Black Lives Matter. They demonize the police. They hide the abject failure of the progressive policies in black communities by saying police live to hunt down black men.

The media blind us to what is true. Nobody has done more than the police have done to improve life in black communities.

Big Media is attacking the police in the same way they attacked Joseph McCarthy. The police are doing God’s work. For thanks they are demonized. They are attacked. The media’s hatred of truth is obvious. The police are witches. The police must be burned at the stake. Riots and burning cities lie directly ahead. We have already seen policemen assassinated. Mrs. Clinton invites Black Lives’ leaders to speak at her convention. She and Big Media are one deadly monster.

Where once the nuns made great use of the lives of saints now they seek “social justice”.

Where once they lived for individual acts of love, now only the state can answer their prayers. They promote the perverse ideology of progressivism.

The nuns of America have made themselves the handmaidens of poverty, slavery, and murder. They think they work for God’s plan, but they now worship the false god of the state, and pray to its Holy Spirit, Karl Marx, the great punisher of the poor, the greatest priest of evil in the history of man.

The new pope has absolved the American nuns of all their sins, as he, in classic Jesuit fashion, was educated by the denomination famous for elevating liberation theology, a Catholic heresy designed by the militant atheist Soviet Union to ruin Christianity by injecting it with a holy Marxism.

The church conservatives are polite and shy in their opposition. Evil multiplies.

All Catholic orders dedicated to “social justice” and “progressive” ideals should be ex-communicated. Socialism, the true religion of the progressive, is the greatest evil invented by man. Go ahead and forgive the progressives for their sins but first excommunicate them. Start with the pope.

Pro-Abortion Dictators: The totalitarian mangling of language exercised by the media is best dramatized by the abortion debate. Who would deny a women control of the choice over the most profound decision of her life? Who wants to harm a women’s health? Nobody wants to take from a woman her most profound choice or her health. 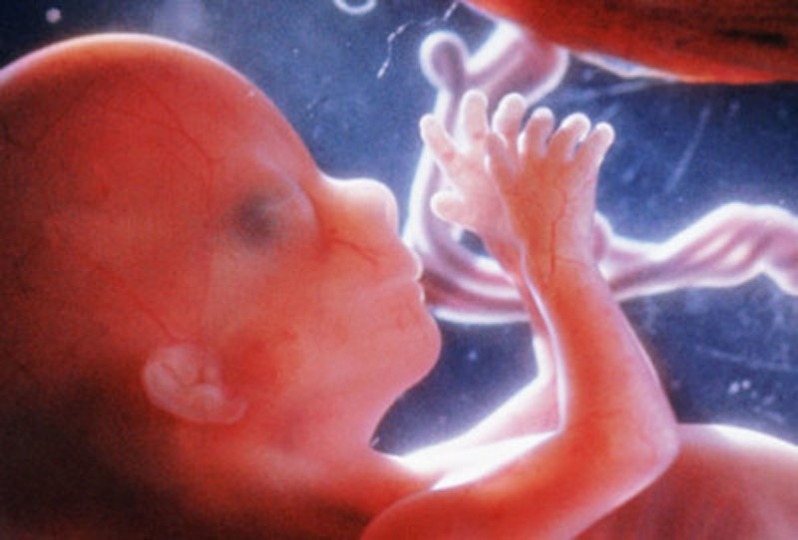 These obvious priorities dissolve suddenly when one remembers what the woman is choosing. How healthy is the child when the mother completes the abortion?

The pro-choice media have deleted the baby from our analysis and judgment of the woman’s choice. They have created a perfect big lie.

They have discarded the baby’s dead body, deprived of all health, created by the woman’s choice of abortion. It’s a deadly reminder of their totalitarian power over thought and of their self-deception.

And they use the power. Their corruption is complete. Their loss of virtue is obvious. This is the kind of thinking which starts wars. It is grossly unfair to the opposite side. 58 million children in the United States have been put to death with abortion.

The Working Poor & Regulation: If you have done hard dirty work you don’t easily disparage capitalism. The harder and dirtier the work you know, the less you are paid, and the longer you have done it, the more you appreciate your ability to rise from it. A serf, a peasant, a slave can never rise. Their life is sweat blood and servitude. They serve a life sentence. In America you can do something about it.

If you want to learn about the America Dream, imagine going back in time and asking the serf, the peasant, or the slave: “Would you like to live in a country where you can escape servitude?”

They ask you: “How do you escape slavery?”

The American Dream answers: “You have to work harder. You have to save your money. You have to educate yourself. Find a better job. Go out on your own if that is what you were made to do. Start a business if you want. You have the freedom here to make your own life. It’s a free country. You can do what you want here in America as long as you work. We can’t take away work, but we can let you choose the best job you can find.”

Nobody has done more to impoverish the poor and the middle class in America than the progressive’s imposition of taxes and regulations. One study reports that the average American household, if regulation had been frozen after World War II, would make $330,000 today.139 Their actual income today: $53,000.

Imagine the improvement of life for families who had $277,000 of extra income to spend every year? If workers knew the Democratic Party had taken this money from them, they would start a revolution today. With Big Media writing the narrative, the workers will never know.